After a solid 4 hours taking in the extravaganza of May You Live in Interesting Times – Proposition A in the Arsenale, a giant queue for one of the last veggie foccacias, a quick pit stop to sit down and eat, it was time to move on to the national pavilions within the Arsenale complex.

These generally play second fiddle to the main Arsenale show, while at Giardini the national pavilions tend to be front and centre, with the second show more of a supporting act. Or at least that’s how it always seems to me!

So, on with the pavilions! In the order I saw them – the things I loved or found interesting with my thoughts along the way.

‘Island Weather’ by Mark Justiniani. The one where you take your shoes off. There is always one! In this case to walk upon mahogany islands, filled with kaleidoscopic mirrors and historical artefacts. It was popular, people seem to really like art they can physically engage with .. walk upon, peer into, art that requires movement on the audiences part, for the thing to reveal itself.

‘I have forgotten the night’ by Joël Andrianomearisoa. A great title and Madagascar’s first participation in the Biennale. A deeply sombre arrival with giant swathes of wafting black tissue paper.

‘Saules Suns’ by Daiga Grantina. I loved the playful chaos of shapes and colours. The moulded colour forms made me think of an explosion in a bakery, with a lot of added food colouring. As you moved round the space the colourful forms, steel arcs and patches of light made compositions around you. It felt to me like walking in a Kandinsky painting.

‘REARMIRRORVIEW’ by Anna K.E.  I’d read that the artist is a former ballet dancer and the blurb about the pavilion emphasised that she brought her choreography to her art. I was intrigued to see what this would look like. And yes, it did seem like a chorus line of tubular shapes, a dance of distorted letters.

‘Ghana Freedom’ by multiple artists. Also a first time pavilion at the Biennale, but unlike Madagascar, this one seemed to bring the energy of a nation. It felt alive and diverse and unbridled. A real statement of  – look at us, we’re about all of this and more. There was brilliant figurative painting by Lynette Yiadom-Boakye, portrait photography by Felicia Abban and mega sculptures by El Anatsui, and more. Made me want to visit Ghana, learn more about it’s art scene and artists.

‘The Hegemonic Museum’ by  Voluspa Jarpa. I had read about this pavilion in advance. As somebody with a degree in Economics and Politics (yes, really, not art) this was firmly on my hitlist. I was keen to see how other people make art about some of the topics I have studied deeply and am still drawn to.

The museum was constructed around six case-studies of European Hegemony from the 17th to 20th century. There was actual historical research, lots of it –  with each case study written up in a central booth and supporting artefacts on display alongside.

However I felt the whole thing was let down by some basic usability flaws. Firstly, there was no definition or explanation of what hegemony or hegemonic thinking is. Instead an assumption that the whole audience was familiar with this term. Fatal – as an old boss once told me, assume makes an ass out of u and me. And secondly the central booth was mirrored – to help you ‘reflect’ about how you think – but it just made it bloody hard to actually read. Verging on illegible at points. Again massively undermining the whole valid exercise.

More successful was the ‘Subaltern Portrait Gallery’ with oil paintings of subjects from the case studies – people not typically documented through portrait painting of the era. 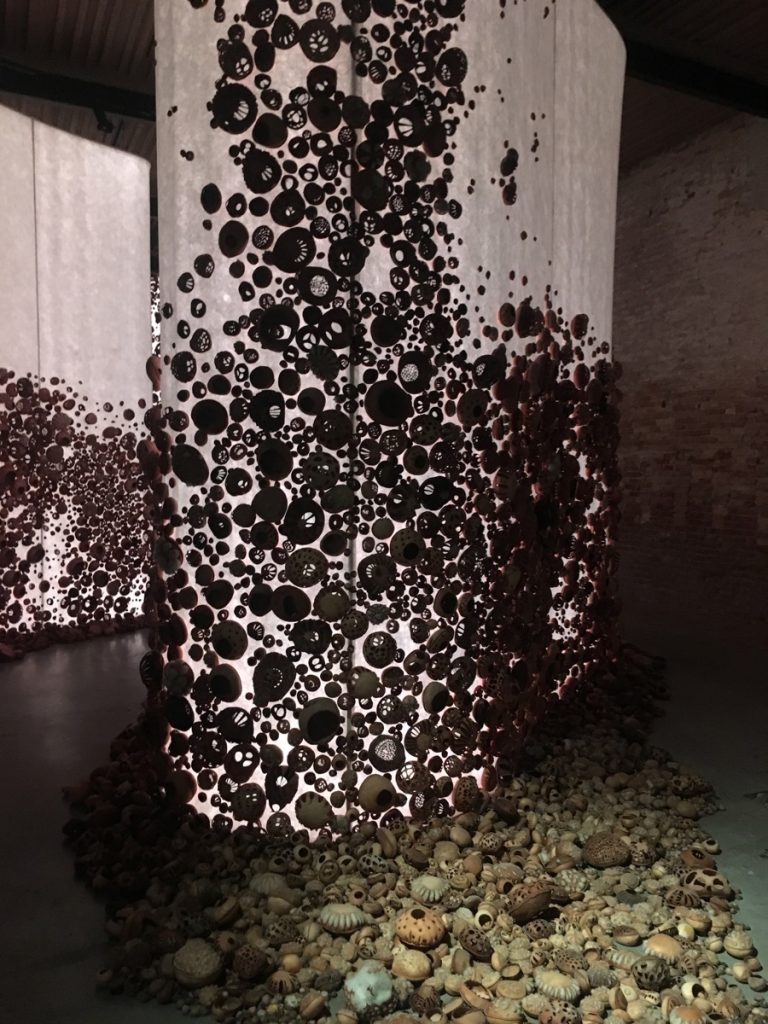 ‘Written by Water’ by Marco Godinho. A slope of gently water-crumpled notebooks. Calm and poetic. Strangely mesmerising to watch in action

‘We, Elsewhere’ by İnci Eviner. Bizarre and bonkers. At one point a leopard sloped past me, projected on the wall. My brain had no idea what to make of it all  – would have liked to go back when I wasn’t so tired!

‘ Indios Antropófagos’  by Christian Bendayán. An investigation into the meeting of colonialists and indigenous communities in Iquitos, Peru at the turn of the 20th century. Thinking about how things are framed and the ‘belle epoque’. A combination of old artefacts and new works.

‘Family Album’ by Alban Muja. Despite the title, no photographs, instead a lone chair or two in front of video screens. A dark room and sensitively film interviews with Kosovans who featured in iconic news photography of the Kosovan war of 1998-1999. You never hear the questions being asked, just the words of the person, telling the human story behind the journalist’s photographs. One lady had been a baby, photographed being breastfed by her mother; another man, a baby being passed over a barbed wire fence and then there were the brother and sister, with a traumatic story of being reunited with their father via photographs and journalists. It was heartfelt, respectful and deeply moving. I watched all three videos to the end. 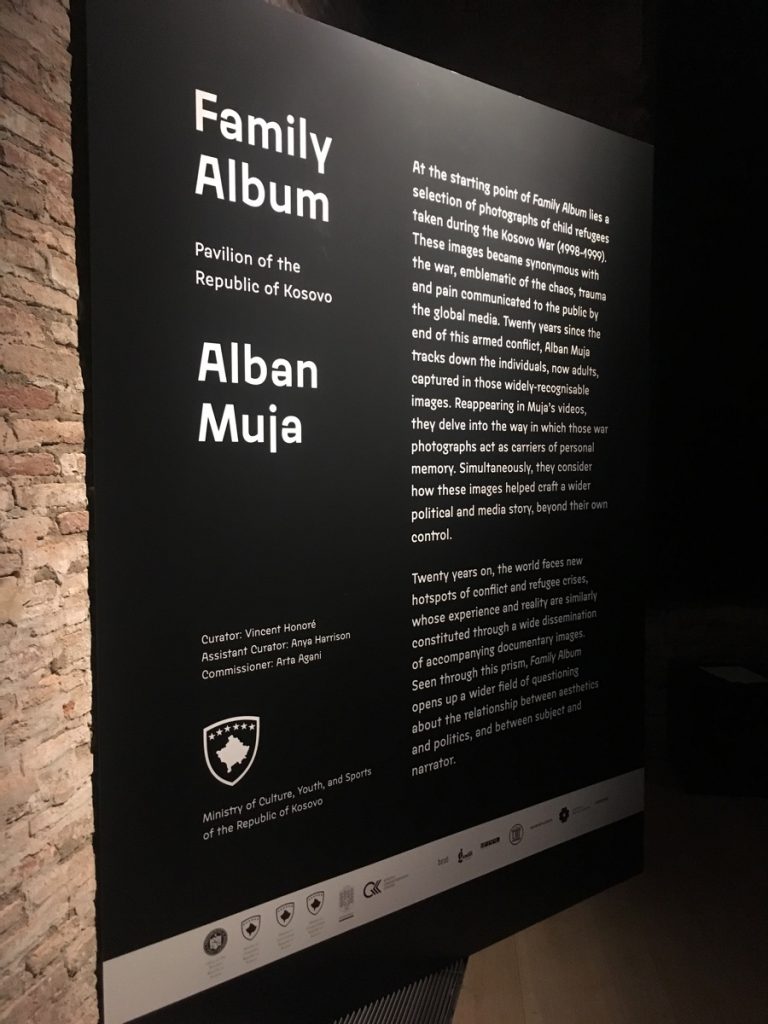