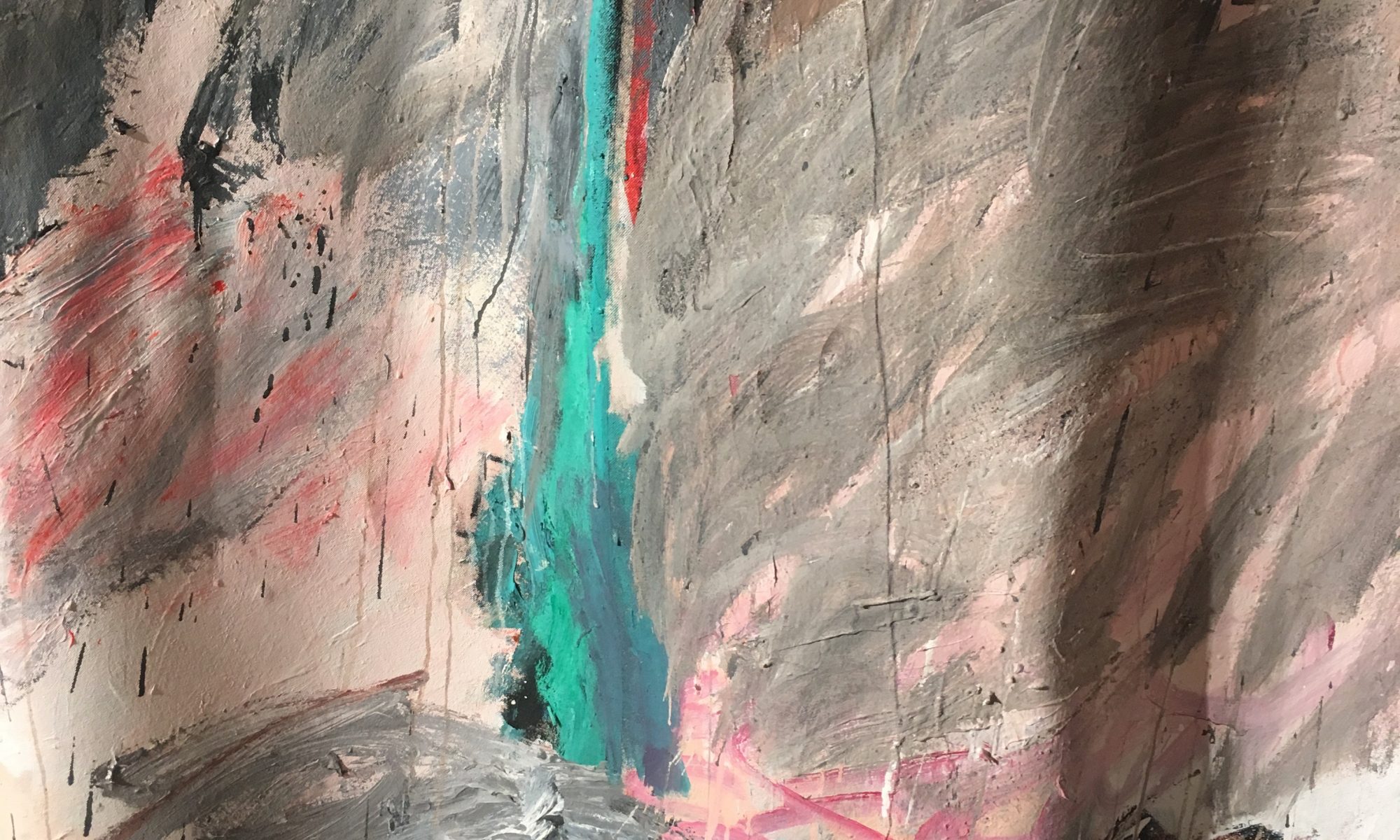 I saw a couple of interesting art shows recently. One the bombastically titled “The Suicide of Painting” a show of Valencian artist Alemany Uiso’s recent work. And the other a series of dances performed throughout the IVAM Modern Art Gallery by Terrain a contemporary dance company directed by Boris Charmatz. Both got me thinking about the idea of ‘breaking the frame’.

The dance series was called “20 Dancers for the 20th Century”. It broke the frame in the way that traditionally the frame of dance is a stage, an audience watching for a fixed time period of time. It’s a physical and temporal frame, through which dance is observed. Instead we were treated to seemingly impromptu outbursts of dance, with the dancer choosing when to start the music.

With the Uiso show, quite a bit of his work also seemed to be about losing the frame with irregular shapes and the canvases wrinkled.

Apart from one piece which was a big curved mirror piece. Interesting as you literally see yourself, as the observer, in the work. In painting there is this meeting of the observer and the artist – what one has chosen to portray and how the other perceives it. Yet often this is quite hidden. It’s not obvious and clear. So it’s a clever device to really show that to the observer. To make the observer aware of themselves observing and in this particular case, to put the observer into the work, as part of the subject – this huge heard of sheep following each other, painted in a grotesque manner.

In this photo I’m the tiny black shadow in the middle of the image. As I walked around and looked at the piece, I was fascinated to see my reflection morph and change in the distorted mirrors in and amongst the grotesque sheep

And what other thoughts did I have on Uiso? He’d then gone and repetitively used frames for a huge series of childlike portraits. Things that I think wouldn’t traditionally have been framed.

And I just loved some of the colours and textures of his paint. This is a close-up of one of his pieces. It was also a huge head I think from memory, but I clearly got distracted with my on frame of interest, and failed to take a picture of the whole.

And what else on the dancers? Well they still became framed by audiences at points, but these ebbed and flowed. Their backdrop was modern art, which in some instances looked very dry and still and small compared to these living breathing humans making shapes and movement through space. And in other instances felt joyful. Both art forms enriching and enlivening the other.

Dancing through space, making lines and shapes and forms with their bodies. Carving it out , taking up space, yet continuously moving. Entirely enjoyable.