Anna-Eva Bergman (1909 – 1989) was a Norwegian artist who lived most of her life in France. This show focused on her mega abstract canvases inspired by her travels in Norway, France and Spain. Largely made in the 1960’s and 70’s, she works at large scale, with bold colour and often using metal foils.

A really enjoyable exhibition all round, with a few particularly fascinating pieces …

From a distance these appeared to be simple monochrome forms, painted with Chinese ink. 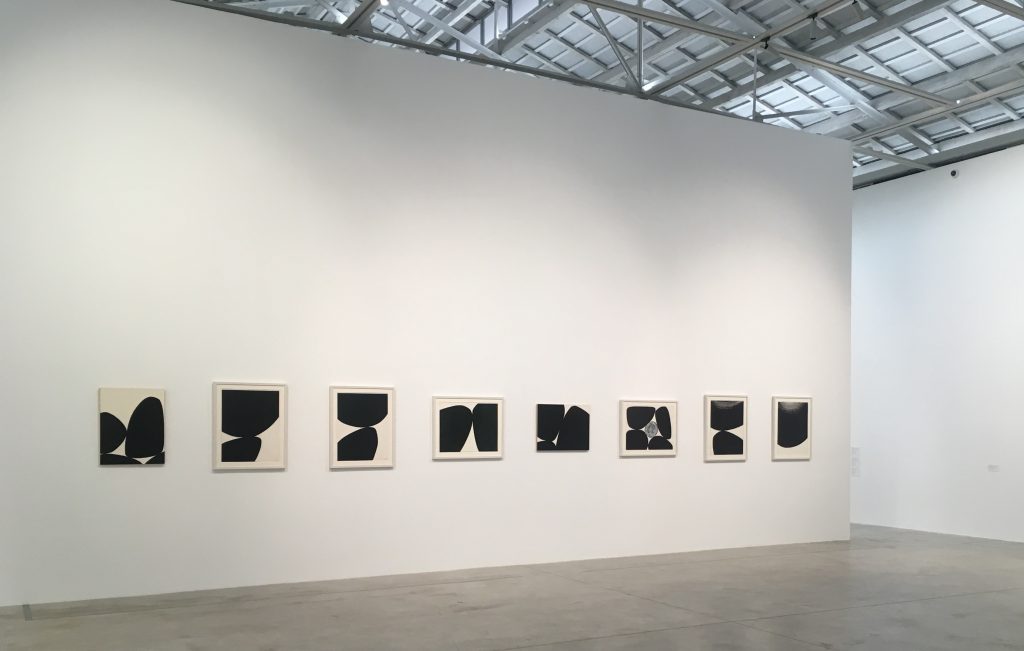 But on closer inspection and longer contemplation, something special is happening where the edges touch. The warm cream background plays with almost blue tones within the rockforms.

I loved finding this piece, the only one like it amongst the show. It feels so similar to some of the playing round with simple line sketches and sky forms I’ve been doing recently. 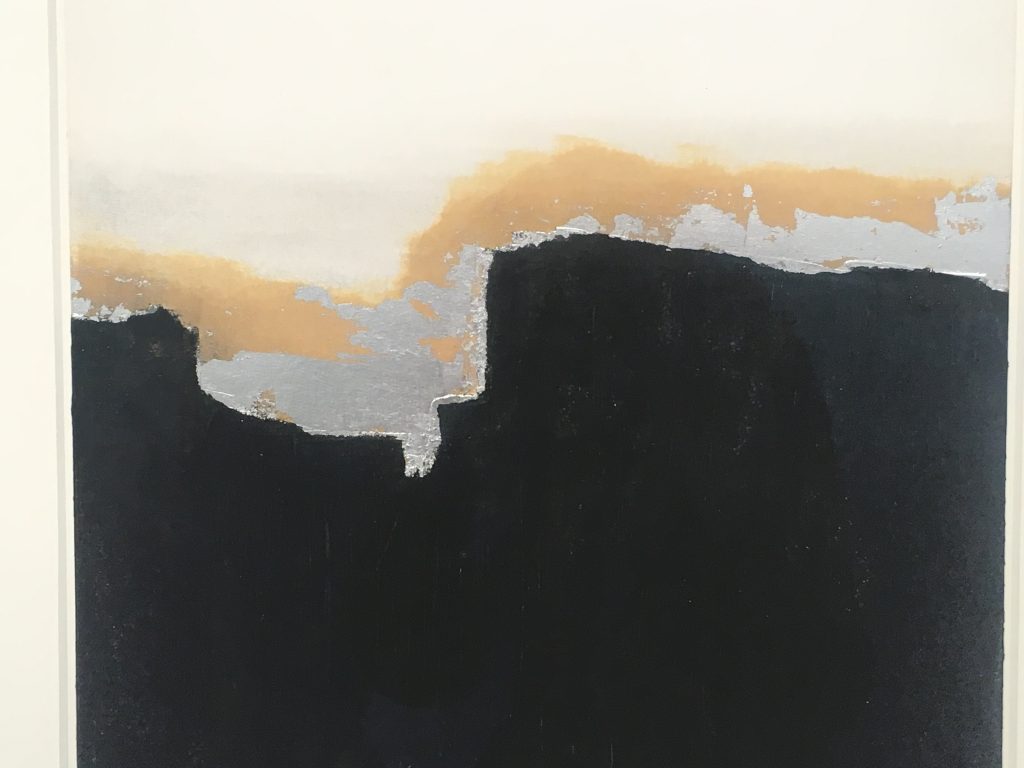 Several works showing layers of depth under the blacks. Flecks along the skyline. Proportions of sky to earth. Curvature. Starkly abstract, yet universally identifiable as horizons. Interesting. Photos to follow

There isn’t a lot of information about Anna-Eva Bergman, but the best description of her career seems to be on the Norwegian National Museum website.