Until recently, the only thing I knew about Patrick Heron was a painting of his I’d seen as a teenager. It was a school trip to the Tate Modern and we each had to pick a work to draw from. I chose this strange stringy portrait of a man, colourful, but muted and smudgy. Not literal, but not abstract, not particularly big or small. I don’t remember being blown away by it, but I liked it. It was pleasing, interesting to look at. And 20-odd years later, I still have vague recollections of it.

So I took myself and my vague recollections of a single painting along to a full show of Patrick Heron’s work. And this was the first thing I saw: 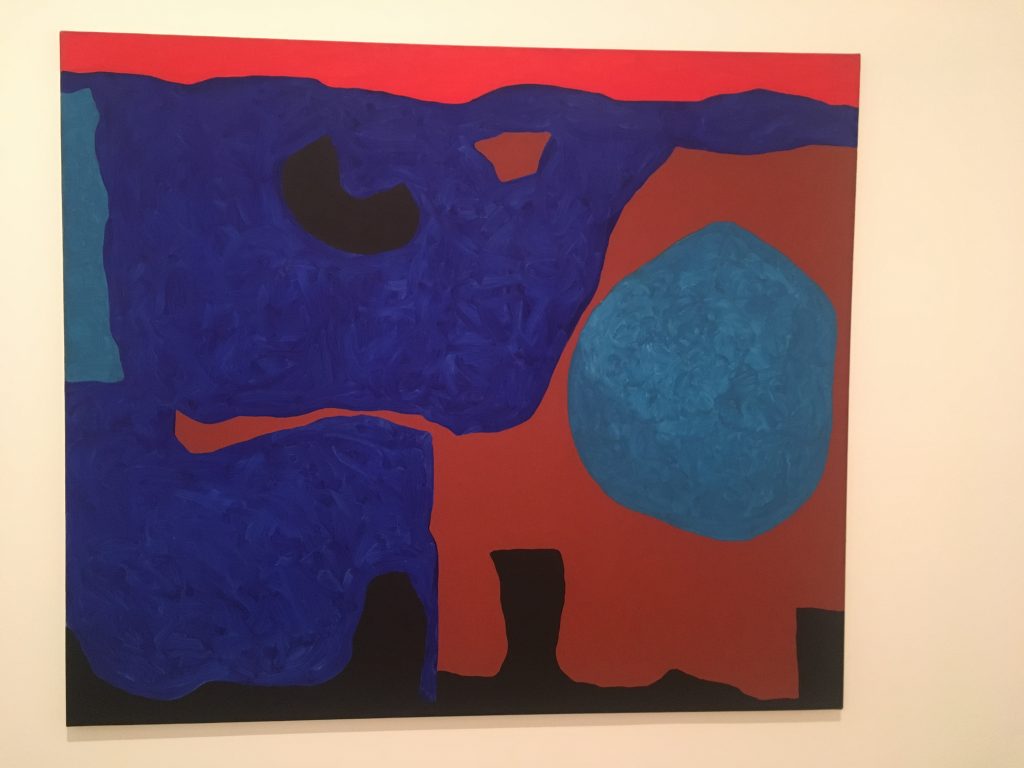 … I was transfixed. I felt my eyes soaking in colour. The colours and forms pulsating before my eyes. Photographs don’t really do it justice. The tones and intensity of the colour just don’t translate. I’m not sure how long I stood and stared at it. I felt the colours were fighting with each other, producing such tension where they met that I thought the forms were 3-dimensional. I had to stand at the side of the canvas of to believe that they were 2D and not a relief. These close ups might help convey this :

And as I looked round the show, his huge abstract pieces were dotted in with his more figurative work. Still life, landscapes, interiors etc. 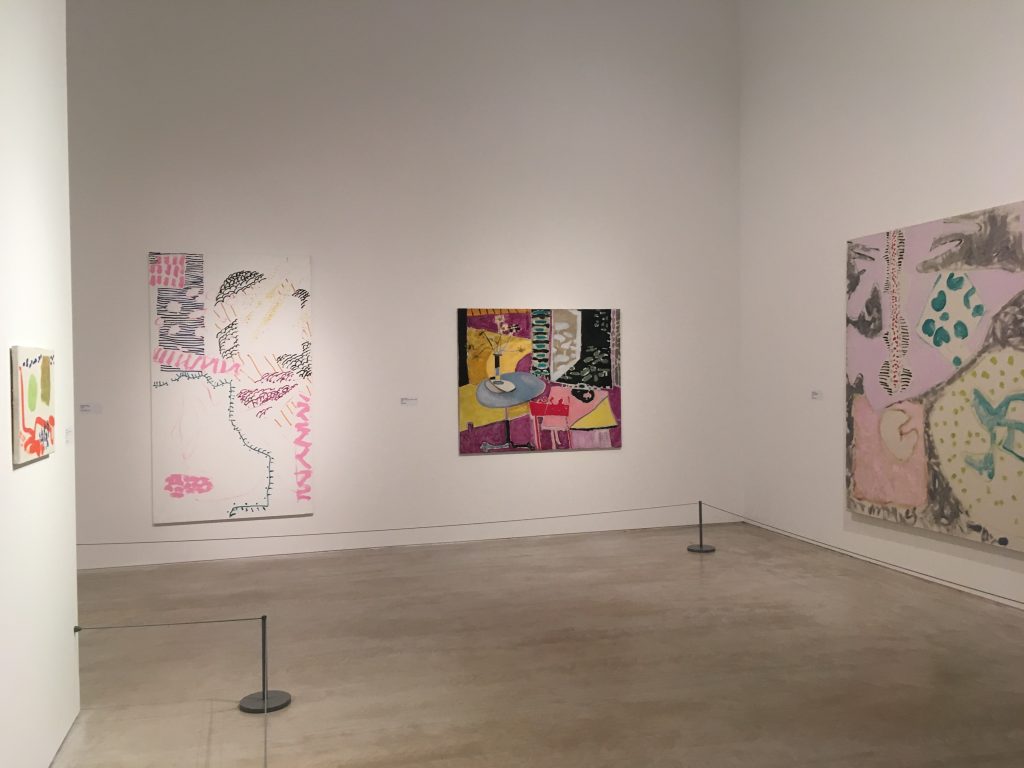 It was the same artist I’d seen all those years ago. I recognised the stringy style.

I could see how over the course of his career, he let go more and more of the literal. I liked this quote about the false promise of realism.

I admired his earlier, more figurative works. So alive and pleasing, much like the portrait I remembered.

And I basked in his abstract works. From early studies which looked like his experiments, working out how to make colour leap off the page and conversely ebb away.

To more big, bold, heartstopping works. Where shapes quiver, suspended in space between the edges of the canvas. And intense colours scream towards you.

They make me think of topographical satellite images. River estuaries, sand banks and sea. Deep holes that drop away. Protrusions that pulsate out. And I almost feel hints of Miró, in how he resolves and balances the dancing elements. When I got home, for some reason I felt the need to scribble my own Heron from memory – below in all it’s anaemic glory. 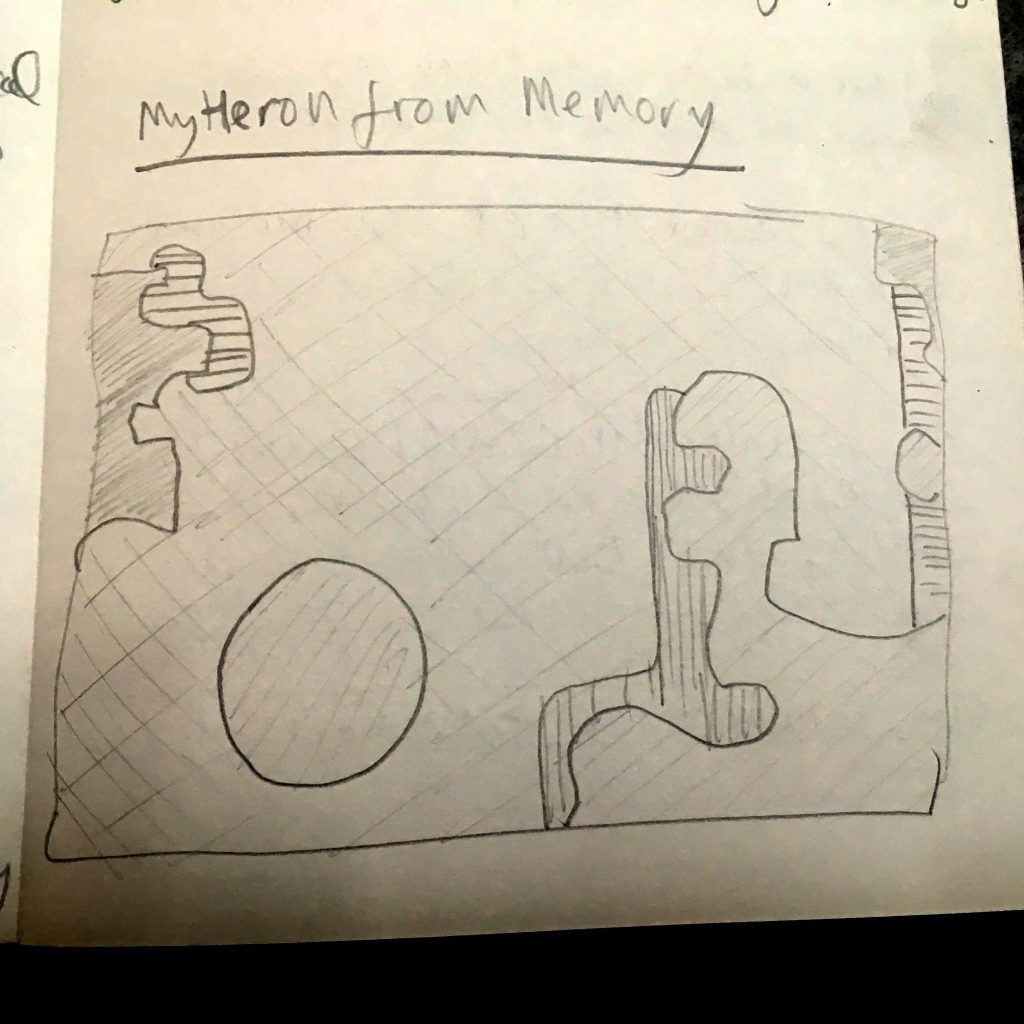 So yeah, that’s how Patrick Heron blew my mind. And I’ll round off this post with a few pictures of his amazingly titled Big Complex Diagonal and a few Heron links.

This is the portrait I saw on a school trip. Turns out it was at the National Portrait Gallery, (or maybe they lent it to the Tate) – memory is a funny thing.