So my nice walk into town concluded with an impromptu visit to a gem of an exhibition about female illustrators: Ocultas e Ilustradas. The title of the exhibitions translates roughly as ‘Hidden and Illustrated’. It tells the story of women in the Valencian printing industry.

In medieval times, women, to my surprise, did work in the printing industry, but unsurprisingly were rarely credited. If they were credited, they were typically mentioned as the wife of, daughter of, or widow of someone else. But this exhibition uncovers the history of women in printing and illustration. 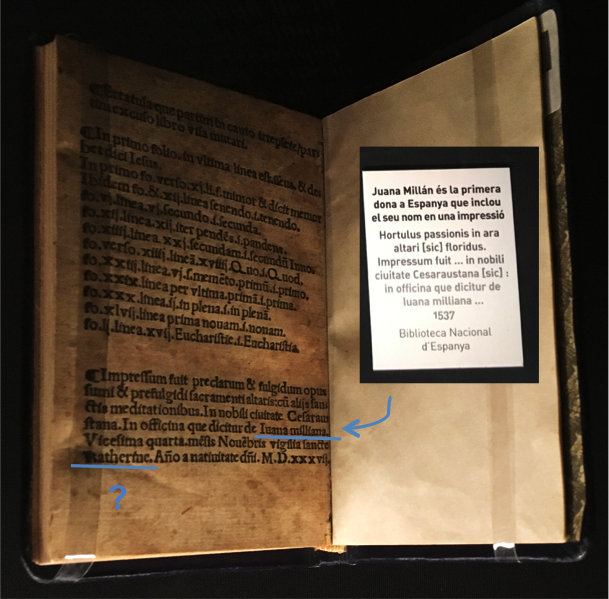 The earliest record of a woman being recorded in the printing process, with her full name,  is that of Juana Millana in the book above, dating from 1537. If anyone can speak old Latin / Valenciano, I would love to know what the rest of this says!

Far more common is the type of credit below – a poem printed by the daughter of Augustin Láborda. We don’t know much more about her, but the engraving and printing in this work shows some serious skills. I just love the fonts and the poem, well, it says alot about the lot of women at the time. My translation below … 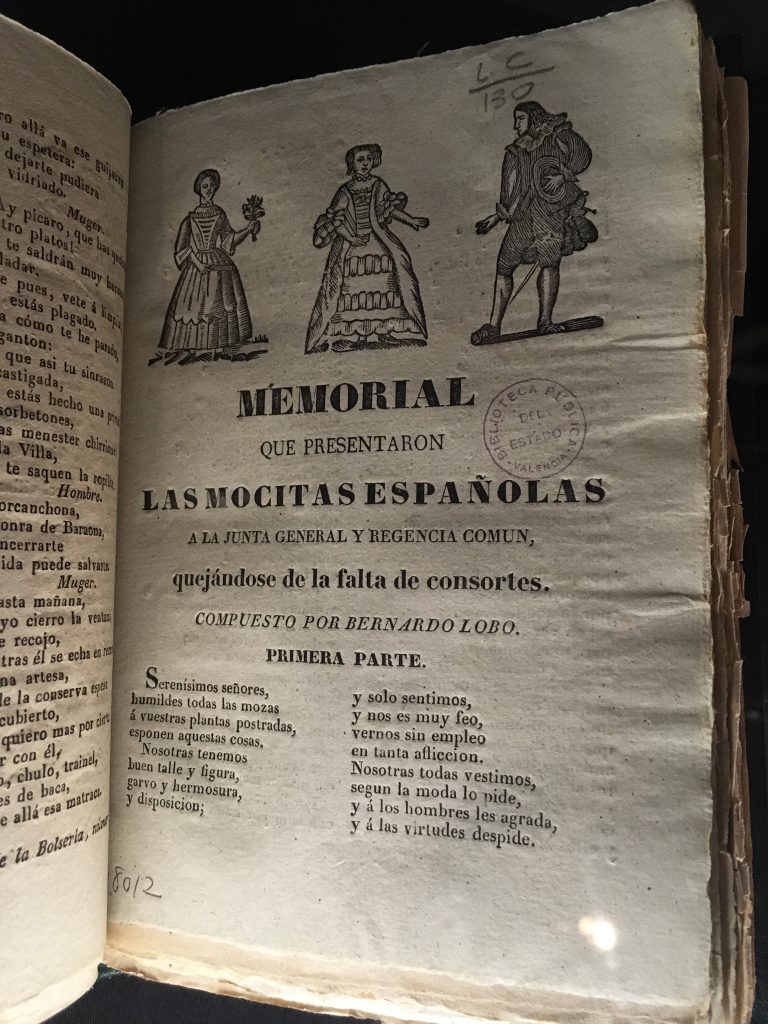 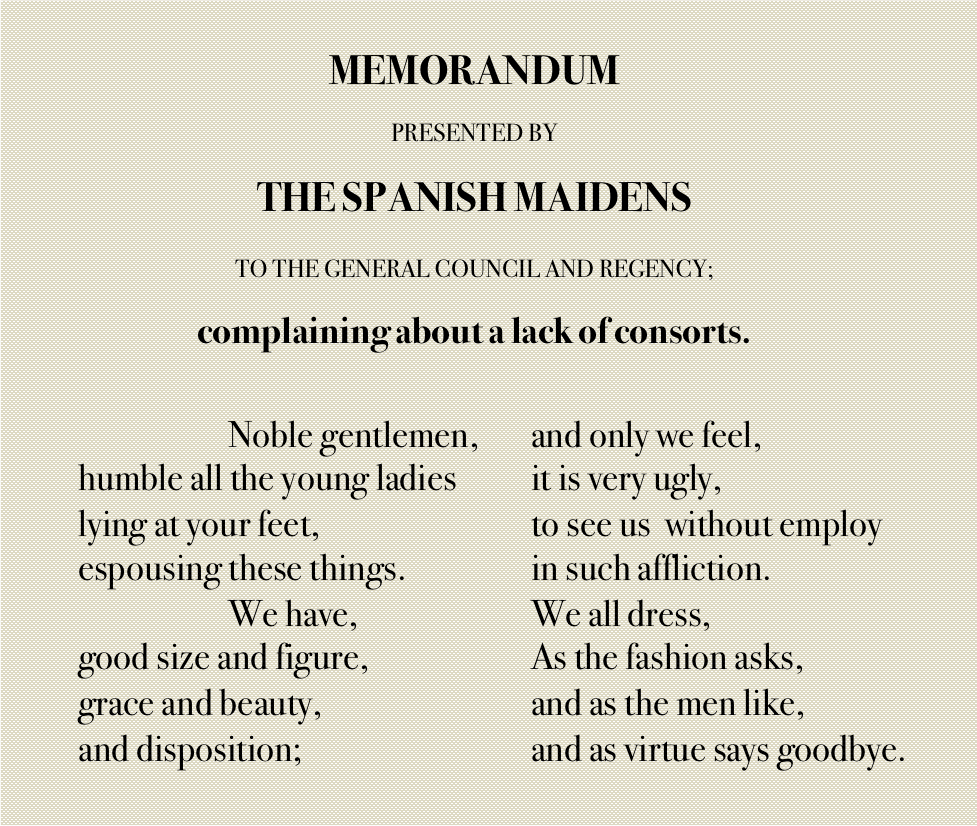 In fact the exhibition is pretty sizeable, spanning from medieval times, right through to modern day. I’ve posted a few more of my favourite images below. And if you happen to be in Valencia anytime before 17th Feb 2019, do check it out yourself! Details at the bottom of the post.

Exhibition: “HIDDEN AND ILLUSTRATED”: Growth and success of female illustrators in Valencia.